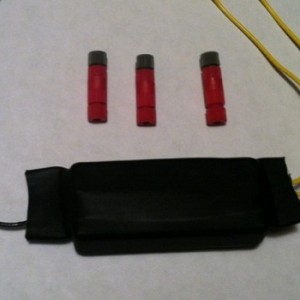 It’s a much larger unit, and able to handle the heat much better.

The new LR10 can be used on the 2012 bikes if just one set of custom LED turn signals are installed, or if both front and rear sets are installed…only one LR10 is needed,

Please note that this load equalizer cannot be installed on earlier Victories without self-canceling turn signals.

An absolute must when installing custom turn signals on you VICTORY. This was designed to return amperage draw back to the stock specification to avoid any electrical headaches.